[UR] Personnae: Halloween Mix III (Season of the Glitch)

from [UR] Personnae: Halloween EP by Secret Chiefs 3: UR 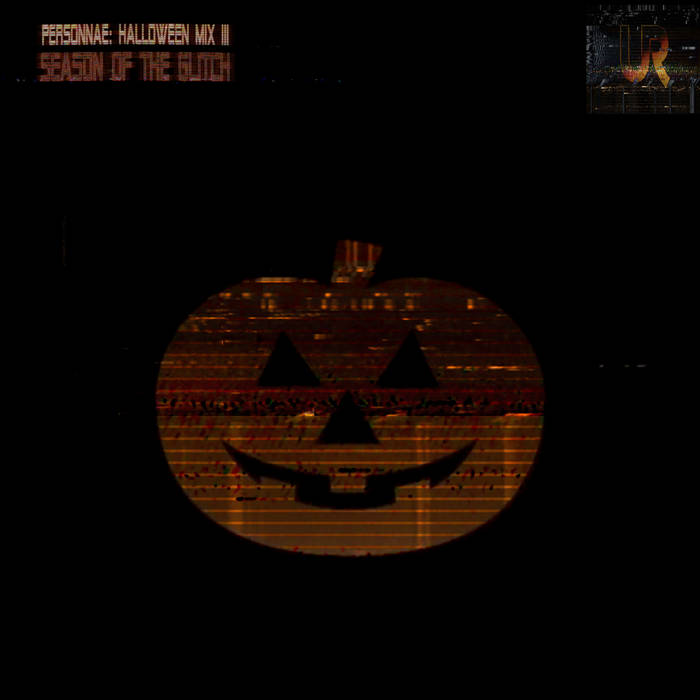 Participation in the macabre Saturnalia of All Hallows Eve demands that we don the mask of alternate personae. On Oct. 31 we'll pull it out from the closet of our interior dramatis personae and dress it in some culturally relevant "dark" aspect that some repressed part of us can identify with, and unleash this prisoner of our psyche on this one-day-a-year exception-to-the-rule. On Samhain. Where the residue of a desperate appeasement of unsympathetic gods remains embedded in our folk-memory. This ancient drive remains powerful enough to compel us to reserve the date on the calendar where "suspension of the ethical" will be ritually enacted, even if it means little more now than having enough sanitized "tricks" and "treats" on hand to bury those old dry rivers of ritual bloodletting in candy and other goodies.

We've even gotten used to "Micheal Myers," the elusive focal point of John Carpenter's franchise. He taught us that the face of Evil is a blank. Even his name is generic, common and totally un-scary. Yet it will resonate down the decades so long as any of us secretly acknowledges that true Evil, meaning our own, is most likely to take up residence in the most generic and commonplace elements of our personality. By the simple fact that it had to be put on in the first place, every mask reveals more than it conceals. The spray-painted William Shatner mask worn by Michael Myers does nothing to conceal his obsessive, banal blankness. His almost innocent attachment to what Dr. Loomis calls pure Evil is entirely transparent, and it is so because it has been revealed by the mask.

When selecting masks (personae), one has to be mindful of this. It seems everyone wants to bury what is most offensively common in them under some flamboyant mask or other, or under some elaborate avatar, hoping to project the "exceptional" side of things — either for this one night a year or all year round as the case may be. But no one has to dress up as the Man With X-Ray Eyes to see the truth about it…

Speaking of disappearing acts, perhaps this latest version of the tune, Personnae: Halloween Mix III (Season of the Glitch), mirrors the 3rd installment of the franchise in dispensing with that identity-less spray-painted William Shatner mask that conceals and reveals the Shape (Michael Myers). Any self-respecting third installment has a license to go off the rails. Let it be known that there are some spectacularly congruent-to-Secret-Chiefs-3 reasons for letting some triangular coincidences chart their own course.

* Here we point to the equally absent "witch" from the title, and...
* The theme of mass extermination as a ritual/practical joke by powerful mega-corporation.
*Meditations upon the Trinity of the three leaves of the Silver Shamrock, skeleton, pumpkin and witch...these all together throw out dynamic and perplexing insolubles.

Not to mention the glitch sequences and mind control triggers (did we bring up the Humboldt County shooting location?) which allow us to suspend fidelity to the tropes of the franchise ; almost like hazarding rebuke for dipping into what might seem generic techno glitch-step. But the sleight-of-hand of doing that seamlessly in 5/4 time, and slipping Amen breaks in the same pentacular code over John Carpenter's minimalist classic (which was already morbidly recast in waves and surfboards by UR) has thus far gotten past even seasoned listeners. That alone has got to be worth something…