← more from
Web of Mimicry 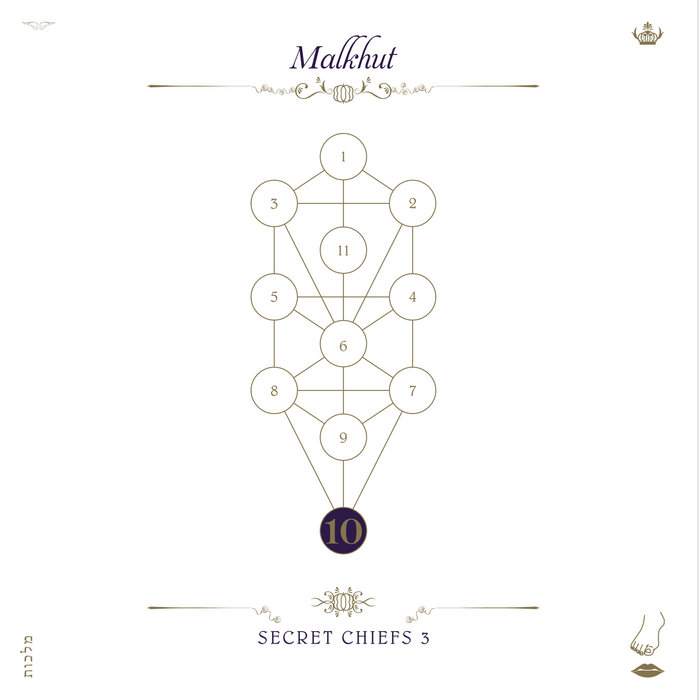 This is a preview of "Malkhut", Secret Chiefs 3's contribution to John Zorn's new Masada Book III: Beri'ah (in eleven-volumes). The preview you hear here consists of very short excerpts of six of the twelve songs on the record.

The Book Beri’ah is the final 92 compositions from Zorn's Masada cycle. It's coming in a limited edition box set of 11 CDs.

Our volume, MALKHUT, was an ENORMOUS undertaking for Secret Chiefs 3, years in the making. It is definitely a major event in our discography.

Like our previous Masada record (Xaphan), this release will be on Zorn's Tzadik label. We have made this preview with his blessing.

The Book Beri'ah boxset is available for pre-order in various configurations at www.pledgemusic.com/projects/johnzorn/pledgers

It will not be available here or at the Mimicry Store.

Before anyone asks, for now there is no option to get any of these CDs in isolation from each other.

But don't let that deter you. I've had the pleasure of hearing a lot of the other music in this huge release, and have to say SC3 are in EXTREMELY GOOD COMPANY here. It's not just our label-mates CLERIC (but of course I'll mention the fact that they've unleashed a fine explosion here). And it's not just because SC3 drummer Kenny Grohowski is also heard in unrestrained glory on the ABRAXAS volume (Abraxas is always amazing). No, there's a lot more to it. A pleasant surprise has been discovering that there are some surprisingly large ensembles on Beri'ah, even bigger than Secret Chiefs 3 (and we have eight-musicians on Malkuth). What I've heard of ZION80's release is seriously excellent, highest pedigree Fela-grounded work, with an amazing production. Need also to mention KLEZMERSON, (who we played with in Mexico City, so we know the huge promise of the arranging skills here). They deliver BIG TIME on their release. SPIKE ORCHESTRA is another all out, really big band and production that hits the mark. In the end I think my personal favorite will turn out to be the BANQUET OF THE SPIRITS volume. But the smaller ensembles, GNOSTIC TRIO, SOFIA REI and the classical guitar arrangements of JULIAN LAGE-GYAN RILEY (Gyan is half of "Probosci", who also have a Mimicry release) feature such interesting and sophisticated interpretations of Zorn's tunes I'm left feeling both intimidated and excited by the creative resourcefulness of their arrangements.

Seriously, from Crown to Kingdom, Secret Chiefs 3 is by no means the only game in town here.