← back to
Web of Mimicry
Get fresh music recommendations delivered to your inbox every Friday.
We've updated our Terms of Use. You can review the changes here. 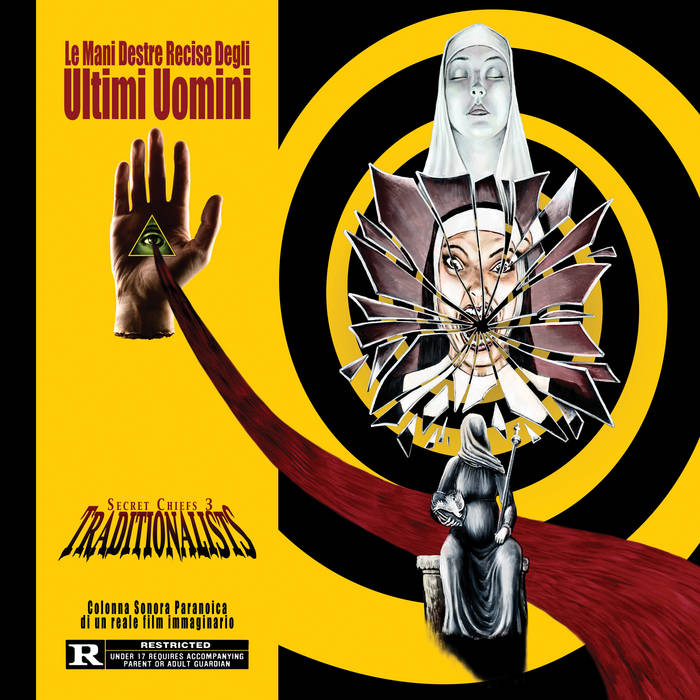 Bart Furp What the serious fuck?

These guys are beyond comprehension.

BeagleBay Some fan will one day create a film from this soundtrack! Love when the bass gets funky! Love Abyss of Psychic Enchantments and some other tracks that were not offered as choices for favorite! Favorite track: Codex Alimentarius.

SensorySerf We must continue to support brilliance of this nature. Thank you WOM, Trey & all players involved (studio & live).. go forth and witness for yourself, SC3 touring now.

"Le Mani Destre Recise Degli Ultimi Uomini" has held its place as the official "sleeper" SC3 record. A recent bandcamp development holds "soundtrack for a non-existent film" as a recognized genre, and we hope this record will emerge a little from the shadows -- the long exile to the realm where merits alone carry a record through successive dark ages of niche interest opening it to a world more prepared for such things. When this record came out, nearly a decade ago in 2009, the idea and format was unfamiliar. Some eagerly embraced the idea as it answered to an inborn craving to the more film-obsessed types. While the naysayers considered it a bit obscure or even "gimmicky," we stand by this one today just the same as the day it came out.

THE FILM IS IMAGINED, BUT THE HORROR IS REAL

Bits from the original press release:


Secret Chiefs 3 (operating here as Traditionalists, one of the seven satellite bands introduced on their Book of Horizons album) present an elaborate "colonna sonora paranoica." These are original compositions that were dreamt up in the harmonic language of the Giallo Horror Film Soundtrack — a particular subgenre of B-movie with remarkable scores by Italian masters such as Bruna Nicolai, Stelvio Cipriani, Ennio Morricone, Goblin, Pierro Piccioni, etc.

Le Mani Destre Recise Degli Ultimi Uomini employs a full orchestral score that capitalizes on the Chiefs' stock manpower (Trey Spruance, Ches Smith, Timba Harris, Shahzad Ismaily, William Winant, etc.) and adds to it a cast of brilliant hired musicians. Dissonant, violent strings recede into beautiful textures with flute and female vocals through echoplex; analog synthesizers, harpsichords, and celestas hover above a tight, '70s-style rock band rhythm section; crazed psychedelic freakouts payoff majorly; church organs grant repose, until tape treatments and a shrieking chorus of possessed voices force the listener to reconsider his or her position on the existence of Evil. The entire project, as one might expect from this band, is a spiraling allegory that extends itself well-beyond the faux-film soundtrack starting-point.

The LP (in both an American and European pressing) is long gone, and even the CD has gone out of print! At this point Bandcamp is the only place you can get this one. Download comes with artwork, and, having never really elaborated what is going on with this record, we may be adding more art/story elements of this one over time to it (which Bandcamp "Le Mani" buyers would always have access to)... if artwork concepts are added later, we'll be sure to notify current buyers when that happens.